The Unique Style of Parenting that Fathers Provide 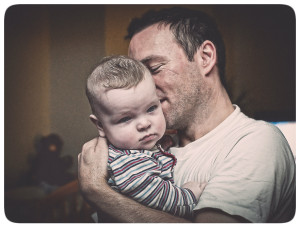 Challenging kids to push the limits and persevere!

The way that fathers encourage their kids to “rise to the challenge” helps to shape their children’s view of themselves as competent and skillful. In one study, parents’ challenging behavior was defined as “the way in which the parent encouraged the child in a playful manner to push his/her limits” with examples including:  teasing, inviting the child to compete, and proposing to use toys in an unconventional way (“Look what I can do with this toy!”). Indeed, when fathers used challenging behavior to encourage their children to persevere through difficult games and puzzles, children were less likely to show anxiety in a social situation at a later time point. In another study with older children, fatherly emotional support was found to help buffer the impact of academic stress on students and this contributed to their enhanced coping ability and mental health.

In a review of the unique bond that children share with their fathers, the researcher theorizes that, “Men seem to have a tendency to excite, surprise, and momentarily destabilize children; they also tend to encourage children to take risks, while at the same time ensuring the latter’s safety and security, thus permitting children to learn to be braver in unfamiliar situations, as well as to stand up for themselves.” The proposed medium is play. Research has supported that in the context of father-child play, children experiment with finding a balance between risk-taking, competitiveness, and impulse management, all of which contribute to the development of social competence.

In early life, children are rapidly learning how to coordinate their movements and to manage their emotions in order to get their needs met. Father-child play is more likely to be vigorous in nature and is dubbed “rough-and-tumble” play because it mimics the social play found across mammals, like lions, where “cubs” practice wrestling, grappling, jumping, tumbling, and running. Any child who has been tickled or has played tag knows that this kind of play is exciting, stimulating, and, much to their chagrin, hard to win against their larger, and older, competitor.

Therefore, when children are engaged in this type of play with their fathers, children are really getting a lesson in self-regulation. Kids are challenged to interpret and manage the emotional intensity of the play in real time, cope with the frustration of having a playmate who is bigger and faster, and manage their competitive and aggressive impulses. In the context of this rough-and-tumble play, children benefit from a type of “training ground” for the development of self-regulation skills in an emotionally-safe relational context with their Dad.

In summary, we here at Union Square Practice would like to take a moment and say “thanks”. Thanks to our own dads, and all the dads, grandfathers, uncles, big-buddies, and other male role-models who positively engage children through challenge and play.