Fighting Stress and Depression: A Few Tricks Your Dog Can Teach You 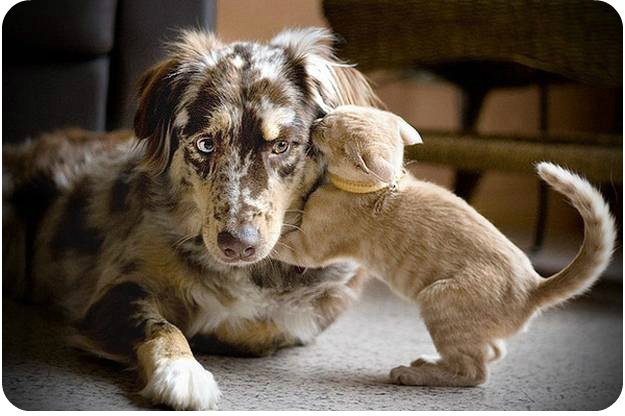 Companionship is something we often overlook as a necessary part of our lives. Humans thrive on companionship. When we feel like we don’t belong, we may experience symptoms of depression. Social relationships have proven through many research studies to offer physiological health benefits as well, such as immune and neurocognitive support. But companionship does not just have to come from fellow humans. Often times it can come from our furry four-legged friends.

Human and animal interactions have been essential since the beginning of our existence. Many cultures across the globe still look to animals not only for service and labor but also for friendship. Although obvious differences exist between human-human interactions and human-animal interactions, recent studies show that there may be both similar and unique benefits to animal companionship.

At the physiological level, one analysis found that human-animal interaction affects the amount of oxytocin, a chemical associated with positive emotions such as trust, empathy and a good mood, in the brain. Both the social benefits of human-animal relationship and the intrinsic benefits of increased oxytocin were found to promote social interaction, to reduce stress and anxiety, and to enhance human health. Furthermore, animal interaction has shown to have a positive effect on stress and blood pressure. Pharmacologic therapy can lower blood pressure, but pet therapy has shown to both decrease blood pressure and lower a person’s perception of stress.

It’s not just cats and dogs that can be beneficial to your health. A study from the University of Queensland found that using classroom pets such as guinea pigs can have positive benefits on the children in the classroom. Specifically, the study examined students diagnosed with Autism Spectrum Disorder (ASD), but the benefits extended to both ASD students and all other students. Some of the benefits included increased sense of self and emotional well-being, increased self-confidence, a calming influence, and increased social inclusion for students with ASD.

Adults with a wide variety of physical and psychological conditions can benefit from having animals nearby. Often times we think of service dogs as helping those with vision impairment, but they can also assist service members with symptoms of PTSD. Furthermore, if you’re looking for a reason to get outside and be active, pets offer the perfect motivation. Not only is pet ownership associated with higher physical fitness, it also correlates with higher self-esteem and extroversion as well as decreased fear. These attributes can offer tremendous gains for those dealing with anxiety disorders. Even in later life, pets still can provide cognitive stimulation and protection against depressive symptoms for those widowed and living alone at home as well as for those in assisted living facilities.

Certain factors, such as allergies, costs, and time commitment may push people away from the idea of welcoming an animal into their home. Not to worry. Simply being around animals has shown to have positive effects as well, whether you are at an aquarium or strolling past a dog park. If you are looking for a reason to visit your local shelter or head to the park today, this may be it. You never know what new experiences may change your life.