Coping With Real Romantic Rejection in a Virtual World 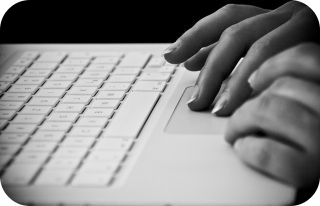 Romantic rejection may seem as though it only affects certain unlucky individuals, but in reality we all feel the pangs of being spurned at some point. Being human involves encountering rejection, but within the current climate of online swiping and matching, it feels especially palpable and commonplace. Fortunately, there are ways to cope and separate yourself from the experience so as not to let it consume you. If you’re on the brink of deciding romance is dead and our parents had it better pre-tinder, you can make a choice to unpack your brain and make room for some cognitive reframing.

Despite any beliefs to the contrary, our modern instagramming, tindering, brunching selves are still deeply influenced by our primal instincts. One theory suggests that rejection served as a warning signal to our hunter-gatherer ancestors, alerting them they were at risk for being ostracized from the tribe. While less primitive in language, the modern function has remained the same. The warning makes such a strong impact that our bodies actually react to the pain of rejection in a similar way to physical pain. So next time someone you’re speaking with at the bar seems disinterested, try to cut yourself some slack and shift perspective so it doesn’t feel so heavy… They clearly aren’t an asset to your tribe.

Keeping perspective when feeling rejected is vital to positive self-esteem. More times than not in romantic contexts, you’ll never know exactly why someone is turning down your request and it’s usually influenced by his/her mood, lack of availability, etc. Instead of berating yourself and focusing on all your feared shortcomings, be your own friend. Try to be kind to yourself, as you would to someone close to you. Instead of attacking yourself with thoughts like “I’m not attractive, smart, funny, enough,” try thinking “Well, he/she wasn’t for me! We just weren’t vibing.” If you allow your sense of self to be defined by outside forces, you’re in for an exhausting ride.

The term “confidence” is frequently thrown around and people assume they either have it or they don’t. In reality, confidence is a practicable skill and your ability to build and exude it will not only help in your romantic search but will lend itself to your inner peace and sanity.

One way to build confidence is through cognitive framing which is “a technique by which a person learns to stop his or her negative thought process and replace the negative thoughts with more positive self-talk.” It may feel silly at first, like you’re unsuccessfully attempting to trick your brain, but keep with it. Actions influence our emotional state so it’s in your power to gain control and maintain a healthy state of mind. Similarly to how you try to eat healthy and exercise to take care of your body, you should actively pursue objective optimism to take care of your mental and emotional state.

A fantastic tool to keep handy in your quest for confidence is a mental “positivity reel.” This is a series of thoughts that highlight times when you were successful at something — in this case, navigating the world of dating, online or otherwise. So if you didn’t match with the person you were most excited about or you were stood up for a date, consciously decide to think of all the times you had a positive interaction with a person of interest.

When we feel rejected, our natural inclination is to let the rejection fester and grow, spiraling out of control until we’re consumed with self doubt and low self esteem. The “positivity reel” can prevent these negative thoughts and feelings by replacing them with positive, real life memories. When the “do not go gentle into that good night” bio having Brooklynite passes you up, flush those feelings and replace them with memories of the self proclaimed “foodie” who was really into you. By getting in the pattern of taking an active role in directing the tone of your thoughts, you’re ensuring you’ll be more equipped to handle rejection now and in the future.